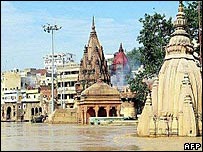 What’s the moral in all of this? If corn ethanol is marginal on an energy returned on energy invested (EROEI) basis, it is very difficult to argue that biomass grown to make ethanol will be any better. To be blunt, if there are concentrated stocks of waste biomass in place, such as at lumber mills, then biomass ethanol probably makes sense. Otherwise, it appears to be more or less equivalent to corn based ethanol – in other words, a wash.

Overall, it’s a good take down. I am always leery about believing farm/agriculture promises because there’s way too much subsidy money involved for people not to have a vested interest in promoting some new plant or the other. Unfortunately, I know nothing about farming 🙁 , so I can’t judge his assumptions.

Why can’t we just agree to consume less (energy that is, not scotch)