Congress may exempt factory farms from pollution laws Large agribusiness companies are pushing their friends in Congress to exempt factory farms from the pollution reporting and cleanup provisions in key pollution laws. The Comprehensive Environmental Response, Compensation and Liability Act (CERCLA, also known as Superfund) and the Emergency Planning and Community Right to Know Act (EPCRA) provide an essential safety net for protecting water supplies from livestock pollution and for providing warnings of toxic air emissions from factory farms. Over 140 representatives are supporting a bill, H.R. 4341, that would give this sweetheart deal to factory farms. The bill may soon be attached to a “must-pass” spending bill in an effort to speed this ill-conceived measure through Congress. Please call your representative and urge him or her to oppose this dangerous legislation. To learn more, read the Sierra Club’s fact sheet (pdf) on this issue.

Factory farms tend to be located in rural areas next to communities that do not have the power to stop them/mobilize against them. This provision will further stack the deck against these communities. Anyone who thinks manure, pesticide runoff, ammonia, etc are not hazardous to the ecosystem and to human health needs to live next to one of these “farms”. I am hazarding a really wild guess that Congressman Hall (the sponsor) does not have to deal with issues such as these. 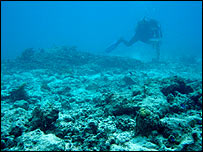