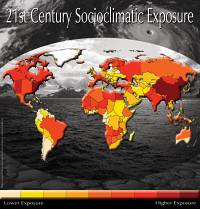 ← The Students' Sea Turtle Conservation Network
The Blog Readability Test. What level of education is required to understand your blog? →