Yikes, my last few posts have been, shall we say “bitter”? Enough of that, how about some boring pictures. Not that I take too many! But, it’s all pictures and no thinking/analysis in this post.

It’s been 4 weeks to the day I arrived in Victoria and the weather’s been completely and utterly whacked out. We had snow on Friday… 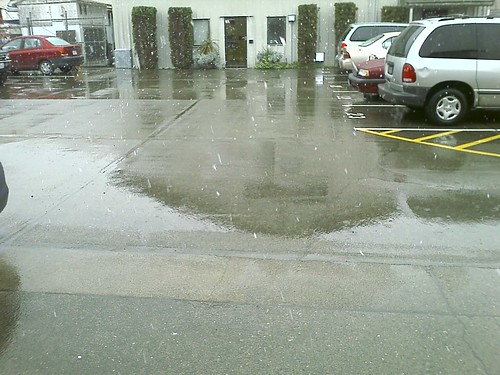 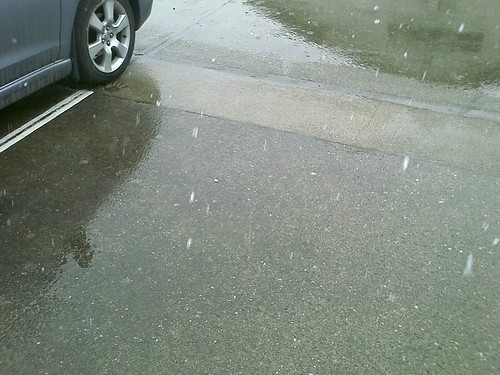 Of course, it was too warm for the snow to stick, just came down for about half an hour or so and cleared right away, followed by sun an hour later. Up in Nanaimo, they got 25cm of snow. Toronto, on the other hand, was in shorts, poetic justice, my local acquaintances tell me because us islanders usually rub our wonderful weather in every other Canadian’s face. But, it isn’t really that cold, just not warm. And the crazy instability has its pluses. Did I ever mention that 4 days in a row, I saw some spectacular rainbows on the way back from work, to the point that I was getting a little blase about it? This place is all about micro climates. It will be sunny in Victoria, and as I drive towards Sidney to work, passing Elk Lake, the temperature drops significantly and there’s always more cloud and rain. Then Sidney has it’s own thing going on, could be cloudy, never know. So, always pack a raincoat and a layer or two!

Anyway, went to Thetis Lake this Sunday for a leisurely hike around the lake with a few acquaintances. As usual, beautiful. Spring is here, and it was really interesting to see all the blooming flowers interspersed with patches of snow. Yep, snow and flowers, a little unusual (didn’t take any pictures of flowers, unfortunately). 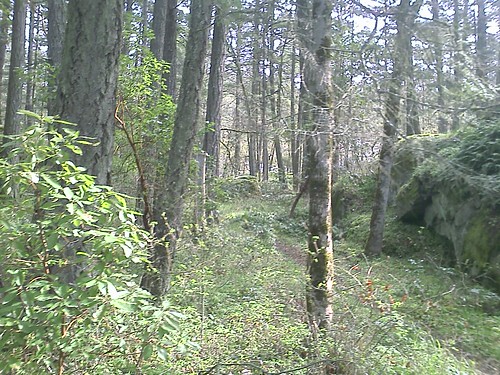 It’s also the greenest time on the year because it’s been raining all winter and also getting warmer in the last few weeks, so everything’s alive and the evergreens are, well, very green. As it warms up more and the rain goes away, it apparently gets a lot browner. Also saw a bald eagle encircling the parking lot, that’s probably the fourth or fifth one I’ve seen here.

Some random pictures of the lake. The upper trail goes uphill immediately and leads to some beautiful vistas overlooking the lake. I don’t think my cellphone camera does it any justice, looks like I might have to invest in a real camera soon. 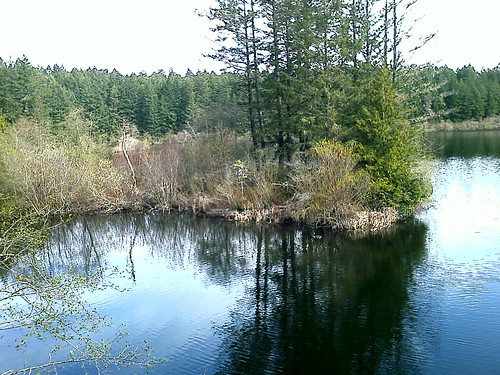 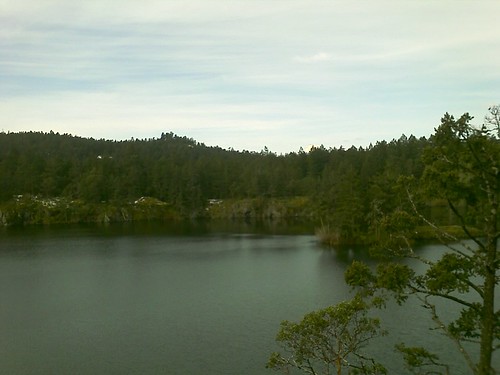 That’s it, I guess. Enough of the pictures. I am going to be hiking every weekend from now on, there are so many trails, This website actually rates quite a few of them by difficulty, ought to keep me busy for a year or two!

Back to bitter in a bit, and some environmental posts later. Meanwhile, looks like the the ol’ chief finally made it out of Gaul (if you don’t get it, click the link!) 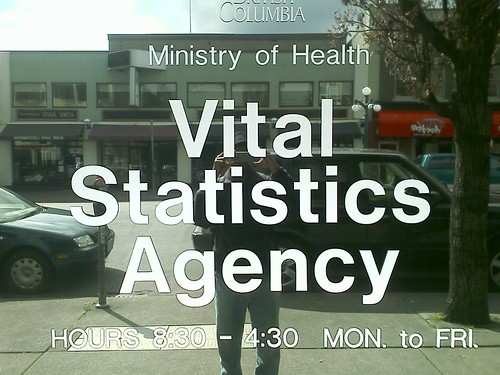