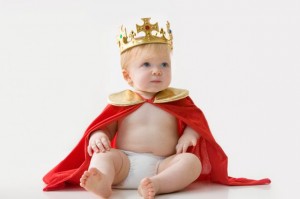 A number of Canadian immigrants want the right to NOT swear allegiance to the Queen (of Canada). Their reasons are varied, they don’t believe in a monarchy, they moved from recently decolonized countries where atrocities were committed in the name of the queen, their religion doesn’t permit it, and more. They have lost their case at every step, and the originator of the case, Charles Roach, passed away recently, but they persist, and it is now going back to court. The globe and mail reports rather breathlessly with a heavy handed dose of editorializing.

But with a royal baby on the way, and a federal government under Prime Minister Stephen Harper that has dedicated itself to reviving the country’s connection to the monarchy – restoring the word Royal to the Royal Canadian Air Force, among other measures – the dissenters may have their work cut out for them.

Would-be Canadian citizens set to fight oath to Queen – The Globe and Mail.

The hilarity of the Globe and Mail thinking that the unborn Royal Baby(tm) has anything to do with a serious court case should be the topic of a much longer rant on the sorry state of this newspaper. More importantly, this is an interesting and brave protest by the litigants.

I swear (or affirm) that I will be faithful and bear true allegiance to Her Majesty Queen Elizabeth II, Queen of Canada, Her Heirs and Successors, and that I will faithfully observe the laws of Canada and fulfil my duties as a Canadian citizen.

The oath is a strange and anachronistic beast that literally puts allegiance to a hereditary, unaccountable set of people who won a birth lottery in front of duty to the country and its laws. It’s completely understandable that some would balk at swearing this oath. Only half of Canadians surveyed in 2012 supported the notion of Canada remaining a monarchy. It seems unfair to ask a set of people to swear to something only half of the country supports. Would the settlers and descendants of settlers who acquired citizenship through birth like their citizenship to be contingent on pledging allegiance to the British (and Canadian) royal family? I don’t understand how it is acceptable to make one group of people swear an oath, while exempting a whole other group of people.

This troubles me: The notion that the grant of citizenship is a one-way privilege, something that immigrants should be so grateful for that they don’t exercise their charter rights to dissent.

“Canadian citizenship is an honour and a privilege,” spokeswoman Sonia Lesage said.

Immigration is a two-way arrangement, one that benefits the people immigrating and the country. Repeated studies show this, so while immigrants are generally happy to become citizens, the country should be equally honoured and privileged that they chose to stay here rather than elsewhere. A country ruled by the descendants of those who colonized by displacing the original inhabitants of this land through force, spreading disease and attempted assimilation should be more humble in its pledges. It is especially troubling to hear this one-sided understanding of who is privileged by immigration coming from a country with this history.

I swore my oath sincerely because for me, the benefits of being a Canadian citizen outweighed my distaste for the monarchy. As a recent immigrant and recent citizen, my desire to stay socially engaged, commitment to acting for change, and being the best family member, partner, friend, coworker and activist matter way more than an anachronistic pledge, and those are the standards I would want to be held to.

Update: An interesting article on how close PM Chretien came to scrapping the oath and making it something more meaningful.

More Update: My partner pointed out in conversation that the citizenship ceremony’s focus and tone were quite the opposite of all this honour and privilege language spouted by the conservative government mouthpiece. Multiple speakers specifically talked about how happy and lucky the country was to have us become citizens,and how much the country would benefit. They also talked about responsibility and civic engagement, which is as it should be. Multiple speakers specifically acknowledged our presence on Lekwungen and Coast Salish homelands.