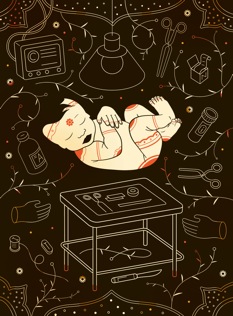 Atul Gawande writes eloquently, about why certain advances are taken up very quickly. and some aren’t. Seven pages of crisp prose full of stories, examples and personal experience mixed with science later, I (re)learned a couple of important lessons.

via Atul Gawande: How Do Good Ideas Spread? : The New Yorker.

This has been the pattern of many important but stalled ideas. They attack problems that are big but, to most people, invisible; and making them work can be tedious, if not outright painful. The global destruction wrought by a warming climate, the health damage from our over-sugared modern diet, the economic and social disaster of our trillion dollars in unpaid student debt—these things worsen imperceptibly every day. Meanwhile, the carbolic-acid remedies to them, all requiring individual sacrifice of one kind or another, struggle to get anywhere.

The nature of the problem being fixed is important. Issues not immediately apparent to human perception, and which require human behaviour changes to fix are difficult.

We’re infatuated with the prospect of technological solutions to these problems <snip>As with most difficulties in global health care, lack of adequate technology is not the biggest problem. <snip> Getting to “X is what we do” means establishing X as the norm. <snip> To create new norms, you have to understand people’s existing norms and barriers to change.

Two, clearly, inventing new technology/interventions is only second or third in a series of steps needed to actually solve a problem. We often laud the technological aspect, awarding prizes for new inventions and new science, while ignoring the much more challenging human dimensions to changing behaviour and norms.

What would happen if we hired a cadre of childbirth-improvement workers to visit birth attendants and hospital leaders, show them why and how to follow a checklist of essential practices, understand their difficulties and objections, and help them practice doing things differently. In essence, we’d give them mentors.

We are going in the opposite direction. Government spending, especially on hiring people to solve difficult problems over a medium-long term is now almost taboo. Take poverty, for example. Yesterday, there was a report of a groundbreaking study confirming that, contra the billions of dollars spent trying to win the “war on drugs”, poverty is much more harmful to children than their mothers’ cocaine usage. Clearly, Canada has enough money that no one has to suffer from poverty. Yet, my wonderful “heaven on earth” province BC has Canada’s worst child poverty. The BC government is running headlong in the opposite direction, consolidating services, and making assistance services almost impossible to reach.

We know what to do, give people money to live, give them cheap and accessible child care, help people with acute and chronic physical and mental health issues including substance use, and employ people they can talk to and learn from, mentors and more. Take the uncertainty out of their daily lives, take out some of the incredibly taxing daily decisions they have to make every day, and see what happens.

Instead, it is easy politically to spend billions on shiny cars, bazookas, drones, heat sensing equipment, computers, and more for cops to police poverty. My city’s cops ride around in cars that seem ridiculously over-designed given the city’s speed limit of 50 kmph, and Victoria is not even close to being excessive. Yet, it is impossible to spend money on the harm reduction workers that can actually provide the support services people need. We routinely criminalize poverty and hope that we will somehow solve it by harassing people for being poor.

Real poverty reduction starts with giving more money to the poor, unconditionally and non-judgmentally. But it also involves hiring many more people to act as advocates, teachers and mentors for people who will greatly appreciate and benefit from this increased social connection. If we want change, we need more people whose job it is to make the change happen.